by Sue Krautbauer
Comments are off 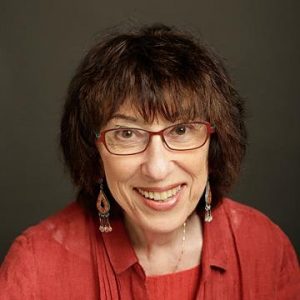 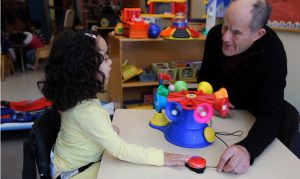 My first glimpse of the power of technology was at a children’s rehabilitation center in White Plains, NY in 1981. An engineer had crafted some switches that when activated through his technical wizardry, he enabled a two year old child with cerebral palsy to play with a toy on his own. For me this was a mind blowing experience. It gave me a glimpse into what impact technology might have on a child with severe physical disabilities. The special switches enabled him to respond actively to another person’s action. After that, when Steve Kanor (that engineer) showed me a computer that enabled handicapped children to learn that whenever they clicked down on a special switch they would see different images, I became totally hooked. Though they were clunky things and in current thinking impossibly slow, they were magical for those who explored their possibilities for empowering human potential.

Learning about the innovators who were working on technology enabled solutions that could empower people with disabilities introduced me to a new world of very dedicated individuals. You could learn about their work in meetings held by the Council of Exceptional Children, RESNA and other conferences such as Closing the Gap, a group based in Minnesota that invited practitioners to share their findings (all early innovators for technology use by people with disabilities). They are still sharing solutions to this day. It was an honor to get to know about their work and to get their confirmation about the value of technology to empower people’s lives.

The power of technology to help us soar is creating new possibilities for realizing our potential. No one should be denied this opportunity. ~ Yvette Marrin

When we started our work in 1984, the National Cristina Foundation focused on locating previously used computers as an effective low cost solution to obtaining computers that opened up new opportunities for people with disabilities.  Soon after we added people in need also as  recipients.  To counteract the initial negativity we encountered when we proposed putting used computers back to work again for closing the technology gap for people in need, we acquired 3000 previously used Apple 2e computers.The Foundation invited reputable practitioners to install them into their programs.  Groups such as Johns Hopkins, George Mason, Peabody Vanderbilt, Maryland State Department of Education, United Cerebral Palsy Association, and Maryland Rehabilitation Center became early partners to our work.  We learned how important these computers were in support of their programs.  We designed the basis of how to best administer an effective donation program and expanded our donation program to communities across our nation.

As our work continued to expand, the press of the day echoed our concern.

These were a confirmation we felt about why our pioneering agenda of technology reuse took hold.

In these trying times, gaining access to affordable technology devices has become even more urgent as it is now needed for people to participate in a fully digital economy.  Practical solutions that involve the use of technology resources that are given a second productive life can help close the significant gaps of the digital divide.

As our nation approaches July 4, our country’s Independence Day, we find ourselves in especially challenging times. It is clearly evident that independence for all must start with the fact that digital inclusion for ALL is essential in this 21st century.  Computers and related technology have become an integral part of our lives.

We have learned to use devices as vehicles for learning, communication and the discovery of new pathways to build our dreams. What might the lack of technology options mean to an individual or to a community? Langston Hughes describes the importance of empowerment for all of us:  “Hold fast to dreams, For if dreams die, Life is a broken winged bird that cannot fly.” The power of technology to help us soar is creating new possibilities for realizing our potential. No one should be denied this opportunity.

Home
What We Do

Please note: National Cristina Foundation does NOT, under any circumstances, provide computers directly to individuals.